Our Board of Directors include the following people:

Ms Olmsted has 20 years experience as a hydrogeologist in the consulting field in both water resources and contaminant hydrogeology. She is a founding member of Hydrogeologists Without Borders, and was involved with the International Association of Hydrogeologists 1989 – 2017. She served on the Burdon Groundwater Network and was a member of the executive for the Canadian National Chapter of the IAH since 1994 – 2007. She founded UniWater Education in 2011 in an effort to enhance the lives of many by supporting them to find their own solutions to the water crisis in their areas.

Mr Olmsted is a senior consulting engineer. He has more than 30 years experience in the mining and environmental fields, and he volunteered with the Alberta Sprint Canoe Association and the Environmental Services Association of Alberta. 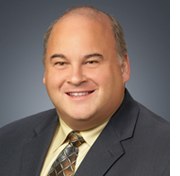 Mr. McCullagh is the principal independent broker at Benefit Partners. He was awarded the Million Dollar Round Table status in 2001 for exemplary performance and highest standards of ethics, knowledge, service and productivity. He regularly lectures at Mount Royal University in Calgary, Alberta (Canada) in financial planning. He has been a member of the Board of Directors of Advocis since 2007, fulfilling the role as Chair in 2011.

Bridget Scanlon is a senior researcher in the Geology Department of the University of Texas in Austin, Texas.

Mandy Meriano is a professor at the University of Toronto, Scarborough campus in Canada.  Mandy has been involved in UniWater activities since its inception in 2012.  She went to Africa to assess the needs and interest for a program that was proposed, and has been instrumental in providing input into the creation of Field Schools in Africa – an opportunity where students learn the hands-on application of the theory taught in the classroom.